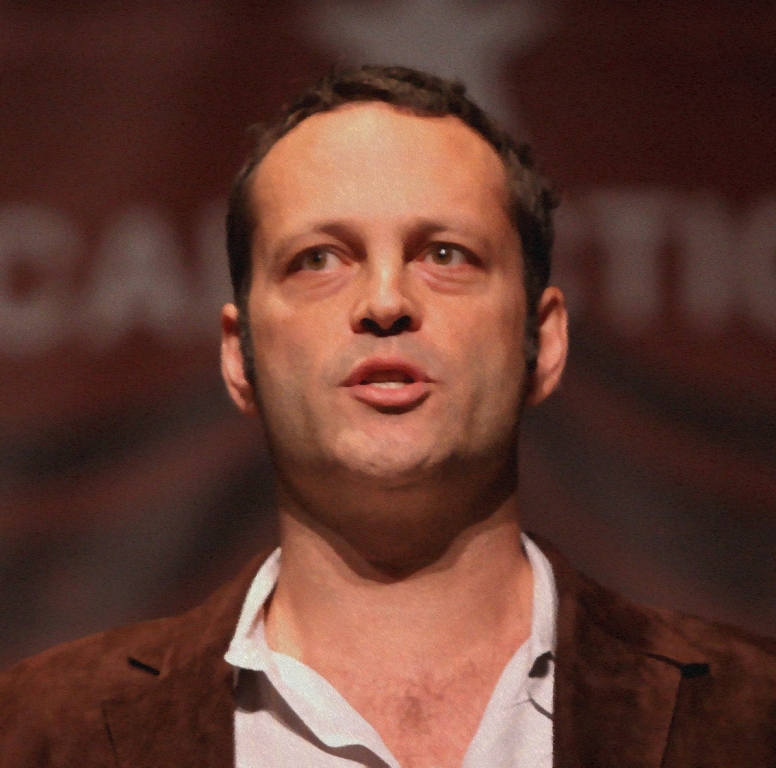 My man crush for Vince Vaughn goes back to when I saw him on Tavis Smiley in maybe 2004 or 2005. He was probably promoting Dodgeball or Wedding Crashers. These were generally funny movies to me, but I wouldn't say they were masterpieces. The part that I liked about the interview was that Vaughn not only understood that his films weren't the best ever made, he also respected the history of the art and seemed to have a desire to make good films. I also liked the fact that he came from the Midwest and wasn't afraid to talk about it.

I started seeing Vince as the gym teacher in the movie Casey and I had written. I even wrote the letter I was going to send to Vince's publicist.

I hope Vince is still the guy that realizes we can all do better. I'm sure he's had reason to believe he's awesome, but this man crush is based on the interview when he seemed to understand something important about Hollywood. I also can't imagine the world without Vince asking about where all the high school girls hang out and discussing the merits of all the beautiful babies.