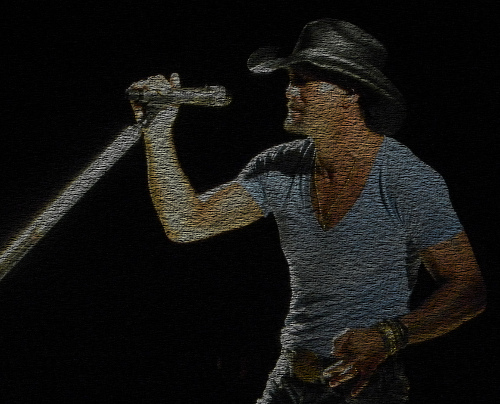 Until today,  Tim McGraw would have maybe received three candles in the wind, and that was mostly because I kind of remembered he was married to Faith Hill. However, I read a Time Magazine article that said he is a die hard Democrat. Actually, unlike Matt Damon, who rode to my rescue, my crush on Tim has nothing to do with MY feelings about his politics. Rather, it's just the simple fact that he's exercising his right as an American to think for himself, or at least do what his hot wife tells him to do, when most of his fellow country entertainers either believe the exact  opposite or simply keep quiet in order to avoid being Dixie Chicken. Unfortunately, I can't name one Tim McGraw song (sorry T), but I'm still sending out mad respect. Plus, I will get me a cd from the library so I can hear a bit of what Faith gets to hear each day.